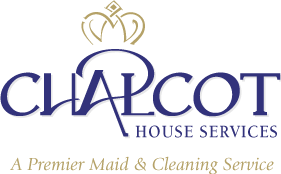 How many times have tried getting rid of that ‘rusty’ stain in your house without any success? Well, the issue might be that you are using the wrong tools to solve your problem. Often are times when homeowners can’t differentiate between rust and mold. In this post, you will understand how to differentiate these two and also the easiest ways to get rid of them.

You can easily tell a mold based on the area it has formed. Note that molds are likely to grow in damp and humid areas. On the other hand, rust forms on metallic surfaces that are undergoing corrosion.

A mold or mildew easily grows in areas such as the basement or bathrooms. There are well over 300 types of mold you might encounter in your home; some of them leave stains similar to those of rust. Mold also tends to appear in different colors ranging from black, brown, pink, orange, blue or even green. Its physical appearance also varies from fuzzy to downy while some mold could be having slimy or powdery texture.

Indoor water infiltration or broken pipes are some of the events that encourage the growth of mold.

Rust will occur as a result of iron or an alloy containing iron corroding. It will appear as a red, yellow or reddish-brown stain. Moisture facilitates the formation of rust on nails, electrical panel boxes, oil tanks, metal roofs, chimneys,and water pipes.

Getting Rid of Mold and Rust

While rust causes corrosion thus wearing out equipment, mold can have serious health effects. To avoid any serious damage, it is important to detect these two and deal with them appropriately.

Choosing the right cleaners depends on whether the rust is light or heavy. Baking soda and vinegar can help get rid of light rust while mild abrasives such as steel wool can easily remove surface rust.

Avoid using bleach to remove rust as this might cause a reaction that could worsen the situation. If you need help getting rid of stubborn rust, call professional house cleaners such as Chalcot to take off the rust for you.

Removing mold is entirely different from getting rid of rust. More so, it should be detected and dealt with early enough. Common household cleaning detergents may not be effective against mold. If mold grows on drywall, insulation and shower curtains, it is best to get rid of these items altogether.

DIY or Call in Expert Cleaners

Always wear protective gear before starting to clean mold in your home. A mildew or mold solution can be purchased,or you can make one yourself by mixing onepart bleach with four parts water. Use a spray bottle and a sponge to scrub away the mold. After scrubbing thoroughly, dry off the area using a soft piece of dry cloth.

If you are asthmatic or allergic to mold, it is recommended to avoid removing the mold yourself. This is why we have expert home cleaners you can call upon in such moments.

Dealing with mold and rust is not a one-time thing but something you have to do on a routine basis. It is best to prevent mold and rust early enough by keeping your home well-lit and ventilated in order to avoid dampness.

Our registered address is 17 Hanover Square, London W1S 1BN.
Registered in England No: 2363581